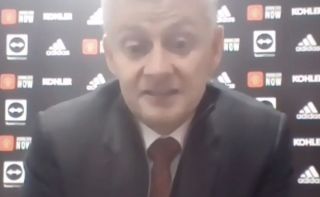 The Norweigan opted to name a much-changed side, which saw five rotations in total, including star striker Cristiano Ronaldo making way for Edinson Cavani.

However, following a poor home draw that sees the Red Devils drop more points, Solskjaer has stood firm and confirmed he would pick the same side again.