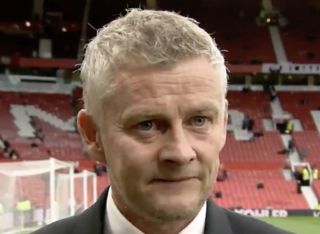 Saturday’s match at Old Trafford sees the Norweigan name a side featuring five changes, including star striker Cristiano Ronaldo dropping down to the bench to make way for Edinson Cavani.

Speaking to MUTV just before kick-off, Solskjaer said: “Well, Wednesday was a big effort. Big emotional and physical output, so we needed to freshen it up when it’s an early kick-off.

“The start of this game is going to be very important and we’ve got some very good players coming on as well.

“I think it’s a team that we believe that’s going to take the charge in the game.”