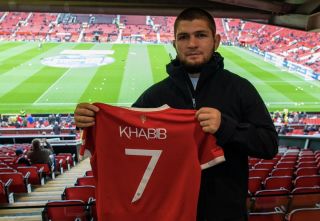 Everton is not the only special guest Manchester United are hosting on Saturday afternoon. Former UFC lightweight champion Khabib Nurmagomedov has been pictured in attendance at Old Trafford.

Nurmagomedov, dubbed ‘The Eagle’, is a self-confessed football fan and is often pictured attending some of Europe’s biggest matches.

Having been a fan and personal friend of star attacker Cristiano Ronaldo for quite some time, the ex-155 lb mixed martial artist was spotted holding a personalised number seven jersey.

It’s just a shame the Dagestan wrestling legend won’t get to see the Portuguese superstar start after manager Ole Gunnar Solskjaer named a much-changed side from the one which beat Villarreal earlier in the week. 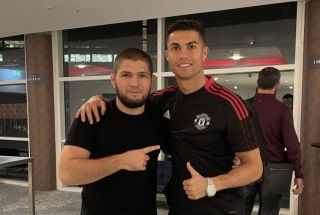