Manchester United midfielder Donny van de Beek just cannot get a game under manager Ole Gunnar Solskjaer. Following the midfielder’s midweek frustration, which was on full public display during the Red Devils’ European win against Villarreal, there are now serious questions being asked over whether or not the Dutchman has a future at Old Trafford.

However, despite being in Manchester for well over 12-months now, the 24-year-old has managed just four Premier League starts.

Clearly out of favour with Solskjaer and struggling to be handed the opportunities required to change his manager’s mind, there is now mounting concerns the midfielder could move on once the January transfer window opens.

StrettyNews understands that although there are extensive reports linking van de Beek with a move away from Old Trafford, with the most recent coming from Italian outlet Calciomercato, who have claimed both Juventus and AC Milan want to sign him in January, nothing has yet been decided. 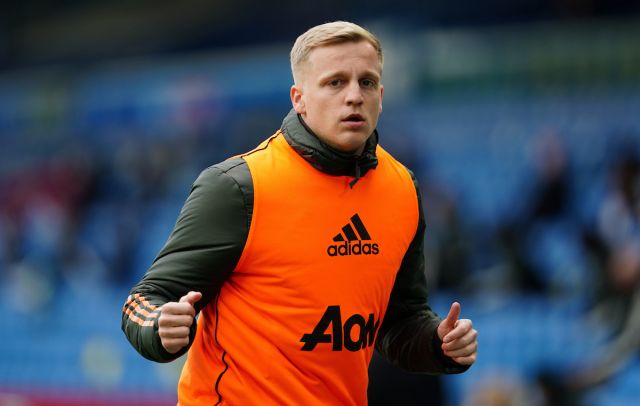 Since his arrival from Ajax, over 12-months ago, Donny van de Beek has started just four Premier League matches under Ole Gunnar Solskjaer.

In relation to recent reports that both Juventus and AC Milan are hopeful of signing van de Beek in the new year, it has been confirmed to us that as of now, there has been no contact from either club.

A close club source went on to reveal to us that the player, as well as his representatives, are set to speak with senior club officials in the coming weeks and are hopeful a resolution can be found by December, at the latest.

However, although there is still obvious uncertainty surrounding van de Beek’s United future, a potential move has not been ruled out either.

Our source, who works closely with the side’s senior first-team, also admitted that so long as Bruno Fernandes is fit and firing, van de Beek is unlikely to feature as Solskjaer is not confident deploying him as a number six, or number eight.