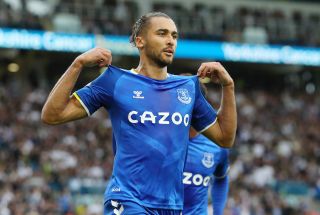 The Spaniard has now been in charge of six Premier League games as Toffees boss, winning four, drawing one and losing one.

That run sees them 5th in the Premier League, a position behind Manchester United but equal on points, with league leaders Liverpool one point clear on top of the table.

It will be the toughest game either side has had this season – with United and Everton yet to face any of the so-called top six.

Prior to the game, Benitez held his pre-match press conference and the biggest talking point was how they’d be without three key players; including Dominic Calvert-Lewin, Richarlison and Seamus Coleman.

Adam Jones, a reporter who covers Everton, was at Benitez’s press conference.

…as are Richarlison and Andre Gomes

Big blow for the Toffees – but United look set to be without Harry Maguire and Luke Shaw again.