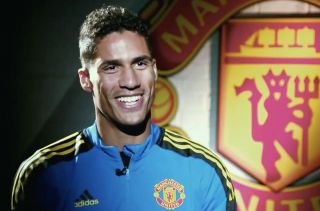 Manchester United defender Raphael Varane, who is currently preparing to feature in Wednesday night’s Champions League group game against Villarreal, has revealed the nickname teammate Paul Pogba has given him.

The Frenchman brings with him a wealth of experience, as well as a clear pedigree for winning titles, echoed by the four Champions League titles he won while playing for Los Blancos.

Speaking to BT Sport ahead of the Red Devils’ game against Villarreal, the French defender confirmed that in light of his previous European success, compatriot Pogba has given him the nickname of ‘Champions League Varane’.

“I like this competition and I know how it’s difficult to win the Champions League. But every time it’s a big, big challenge.

“You know you have to suffer and you know have to play games very difficult. The pace is always very intense so you have to be focused for 90 minutes and to be ready and the most important thing is to believe.”

“We are Man United, we have to start the game with the ambition to win.”

Champions League expert Raphael Varane talks to @msmith850 as his new club look to bounce back against Villarreal 🔴#UCL pic.twitter.com/xRO4chdgO4