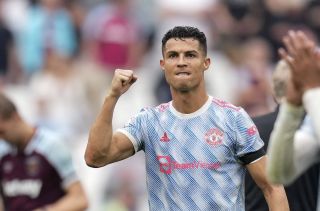 Ronaldo, 36, who has been named in manager Ole Gunnar Solskjaer’s starting 11 to face Unai Emery’s Yellow Submarines, has now moved ahead of Real Madrid great Iker Casillas (177) for the most appearances in the Champions League, as per Goal.

The world-class forward’s latest showing has become his 178th appearance in the illustrious club competition and now sees him ranked number one.

Ronaldo’s goalscoring record in the Champions League is equally as impressive as his appearance record.

Currently sitting pretty on 136 goals, including qualifying goals, in 177, soon to be 178, appearances, the 36-year-old legend of the game will certainly be confident he can add a few more to his tally before he hangs up his boots.