In action against Villarreal in the second round of group fixtures in this season’s Champions League, the Red Devils were looking to get their first points on the board, following an opening defeat against Young Boys.

Despite falling behind early in the second half, the Red Devils were able to gather themselves and come back to win it late on, thanks to second-half goals from Alex Telles and Ronaldo.

Although Telles’ strike was an absolutely stunning volley, it’ll be Ronaldo who steals the headlines following his 95th-minute winner.

Reacting to the incredible match, which saw him become the hero once again, the Portuguese superstar took to social media to thank the fans who continued to sing his name long after the final whistle. 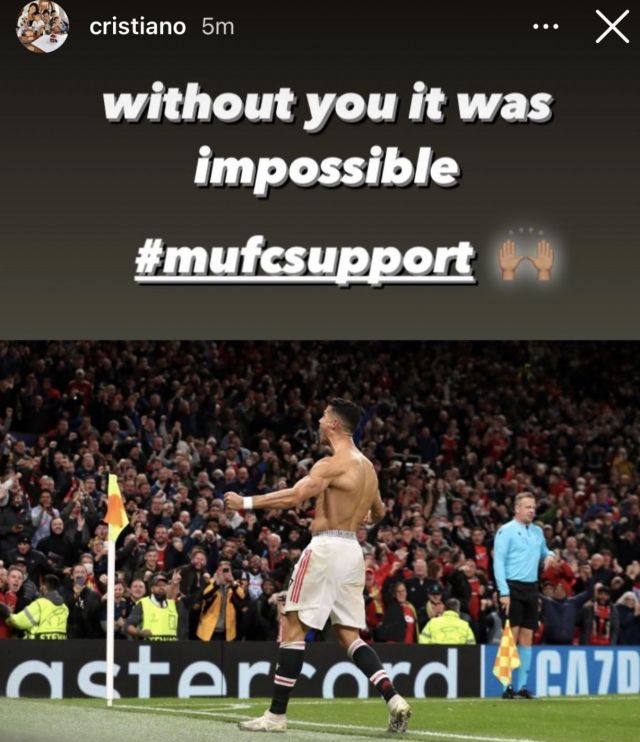