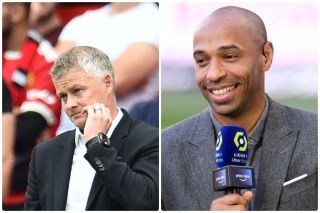 There has been a debate ever since the match at the weekend over who should have took the stoppage-time penalty against Aston Villa. Bruno Fernandes missed and Ole Gunnar Solskjaer defended his decision to step up, but Cristiano Ronaldo was also on the pitch left waiting for Manchester United to pull back an equaliser

Bruno Fernandes is United’s regular penalty taker and he rarely misses, and nobody thought he would have skied his effort well over the crossbar. That led to questions as to whether Solskjaer had made the right decision, with Sky Sports pundit and former Liverpool defender Jamie Carragher believing the same.

“I do personally,” Carragher said on Monday Night Football, as per The Mirror.

“Because Ronaldo’s such a big name there’s talk of him taking the next one. Do you think that should happen or do you think that’s fair considering Bruno record?”

“What Solskjaer said is right,” he added.

“We’ll debate it, whatever it is, but whatever the manager says, goes. Ronaldo or not.”

Who should be taking penalties for United this season?