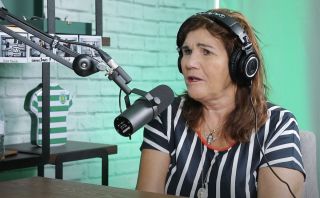 Dolores Aveiro, the mother of world-class attacker and legend of the game, Cristiano Ronaldo, has recently lifted the lid on the conversation the pair shared prior to her son re-signing for Manchester United, earlier this summer.

However, fast forward 12 years and a plethora of trophies, both collective and individual, later and the prince of Old Trafford has made a sensational return.

This summer’s transfer window saw the Portuguese megastar make a breathtaking return after making the decision to leave Serie A side Juventus.

However, if widespread reports at the time were anything to go by, the Red Devils almost saw their club legend join arch-rivals and noisy neighbours Manchester City.

It was heavily reported that the 36-year-old was wanted by Pep Guardiola, only for Ole Gunnar Solskjaer to swoop in at the last minute to re-sign his former teammate.

Speaking recently on Sporting Lisbon’s official YouTube channel, Aveiro has opened on exactly what her son told her prior to it becoming public knowledge that her son would snub a move to City in favour of a sensational Old Trafford reunion.

“On television, they talked about Manchester City, but he [Ronaldo] said to me: ‘Mom, don’t worry about what they say, because I’m going to Manchester United.’, Aveiro said (as quoted by Tutto Sport). “Seeing the stadium full, with 75,000 people, chanting his name was a great emotion”