Despite continuing to negotiate a new contract, according to recent reports, Manchester United are protecting themselves from a possible Paul Pogba farewell at the end of the season by drawing up a two-man shortlist to replace the commanding Frenchman.

That’s according to a recent report from Italian outlet Calciomercato, who claims the Red Devils’ recruitment team have been tasked with finding a suitable replacement should Pogba fail to agree to a new deal and move on at the end of next season.

Having racked up a whopping seven assists after his first five Premier League matches, it’s fair to say that Pogba, 28, has been in scintillating form throughout the early stages of the new 2021-22 season.

However, there is a major cloud still hanging over the 2018 World Cup winner’s head and that is the fact that his deal at Old Trafford expires in a matter of months.

Although it is understood the club would like to see the midfielder extend his stay, there are no guarantees he will sign on the dotted line and that has prompted contingency plans to be pushed through.

According to Calciomercato, two players the club are big fans of are Tottenham Hotspurs’ Tanguy Ndombele and AC Milan’s Franck Kessie. 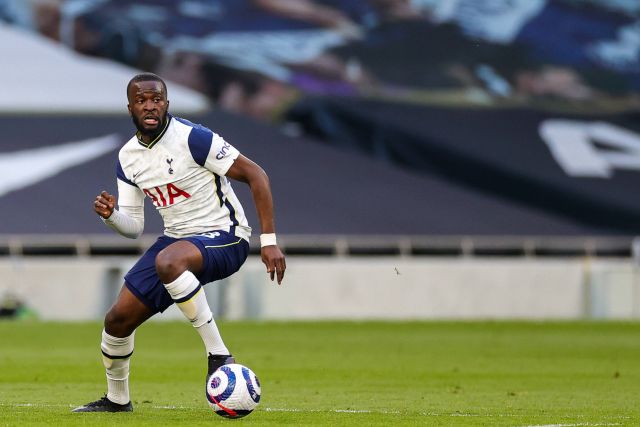 Tanguy Ndombele has struggled at Spurs since joining from Lyon back in 2019.

Both players have enjoyed a decent start to the new season with Ndombele gradually becoming a regular in Nuno Espirito Santo’s side.

However, it could be the AC Milan midfielder who poses as the most attractive option to the United hierarchy – with Kessie’s contract set to expire at the same as Pogba’s, it could very well be a case of one in, one out at Old Trafford next summer.