David de Gea and Jesse Lingard have been named in the latest BBC Team of the Week following their displays against West Ham on Sunday.

Manchester United managed to bounce back from midweek disappointment, beating the Hammers 2-1 on the road with plenty of late drama.

David de Gea’s inclusion was an absolute no brainer after his stoppage-time penalty save to deny Mark Noble.

It was his first stop from the spot in five years, so it was well overdue and deserved after the Spaniard was dealt lots of criticism following the penalty shootout in last season’s Europa League final versus Villarreal.

Secondly, there’s Jesse Lingard who enjoyed his trip back to the London Stadium with a match-winning goal at the very end.

The England midfielder has that ability to create something from nothing and his goal helped turned his week around from Tuesday night’s low point in Switzerland.

Check out the full team below, courtesy of BBC Sport. 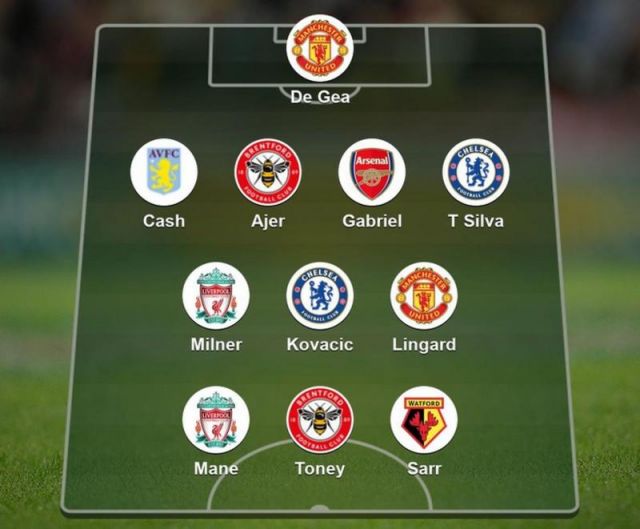 The two lads deserve their place in the team of the week.