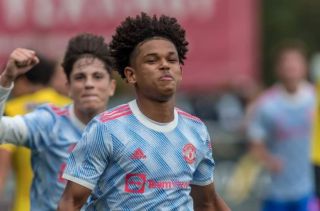 The competition was cancelled last tern due to the COVID-19 pandemic, so it’s great to have it back with United involved and starting their campaign with a victory as Teden Mengi captained the side.

Shola Shoretire scored the only goal of the game in the first-half and it was enough to secure the win.

He managed to find the net from close range and it proved to be the game’s only goal.

Unfortunately, the match was not shown live on MUTV, which is a real annoyance for those of us who like to keep up to date with the youth teams.