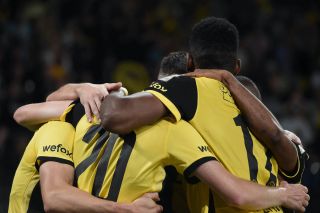 Manchester United will be looking to kick off their European campaign with a win when they take on Young Boys in the UEFA Champions League in Group F on Tuesday evening.

The Reds go into the game on the back of a terrific 4-1 victory over Newcastle United in the Premier League, whilst the hosts ran out 4-0 winners over FC Zurich in the Swiss League.

Cristiano Ronaldo is widely expected to lead the reds attack in Switzerland after scoring two goals against Newcastle United last weekend and Donny van de Beek could be handed a rare start as he bids to win a place back in Ole Gunnar Solskjaer’s stating eleven.

Truth be told, things couldn’t really have started much better for Manchester United. Re-signing Cristiano Ronaldo and sitting top of the Premier League has made it a terrific start to the season for the Reds and in facing Young Boys on Tuesday it provides United a fabulous chance to kick off their European campaign with three points.

Young Boys have had a mixed start to the new season thus far and currently sit fourth in the Swiss League. The Swiss side may have started slowly but they are more than a match for anyone at home and United will have to be at their very best should they wish to leave Switzerland with all three points.

Having been knocked out at the group stages last year, Solskjaer will be under no illusions that he has to better that this time round and with the additions of Varane, Sancho and Ronaldo over the summer few would argue that United have to be one of the favourites to go all the way.

It wont be easy on Tuesday but this is a game which United will undoubtedly be expected to win. An early goal in many respects could go a long way to deciding this one.

If the Reds can grab one then it would force Young Boys out from the back, leaving holes behind for the likes of Ronaldo, Fernandes and co to take full advantage of. It won’t be easy but I think United will win.