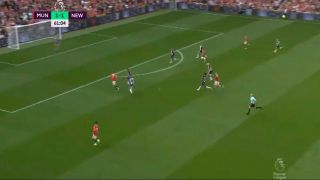 Cristiano Ronaldo marked his return to Premier League football with a brace as Manchester United beat Newcastle United 4-1 at Old Trafford on Saturday. Although the attacking players still need to familiarize playing with one another, there were clear signs that teams are going to have a lot of trouble defending against United this season.

(All footage courtesy of Premier Sports)

Fellow Portugal international Bruno Fernandes chipped in with a goal to make sure critics don’t begin questing his influence on the team following the arrival of Ronaldo. So, in turn, it was great to see them both on the scoresheet today.

It was an absolute beauty from distance!

The fourth goal was an indication of the type of football United can play and it’s the sort of football we want. Lingard finished it very well.

A brilliant range of goals today and three important points in the bag!