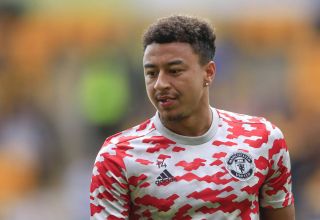 Manchester United midfielder Jesse Lingard has rejected a new contract at the club, according to reports. The 28-year-old has less than a year remaining on his current deal and is free to speak to foreign clubs over a pre-agreement in January.

After a summer full of rumours, Lingard ended up staying at Old Trafford and has now rejected fresh terms at the club. That’s according to ESPN, who claim that a decision over his future will be made based on first-team appearances.

Lingard is said to be seeking assurances over how much he is going to play before committing to a new deal at United. The arrivals of Jadon Sancho and Cristiano Ronaldo won’t make it easier for Lingard but should he find the same form he showed at West Ham, a new contract is still a possibility.