Cristiano Ronaldo’s girlfriend Georgina Rodriguez has updated her social media with pictures after touching down in Manchester.

The Portuguese superstar became a Manchester United player again on deadline day, but had to immediately go on international duty, scoring two late goals in a 2-1 win over the Republic of Ireland.

Ronaldo was booked for removing his shirt during one of his goal celebrations and he will miss the next World Cup qualifier as a result. The Portugal manager has, therefore, decided to allow his star man to join up with his new teammates earlier than expected.

However, CR7 must isolate for five days after arriving in the UK.

It now looks like Ronaldo and his family are in Manchester ready to isolate. 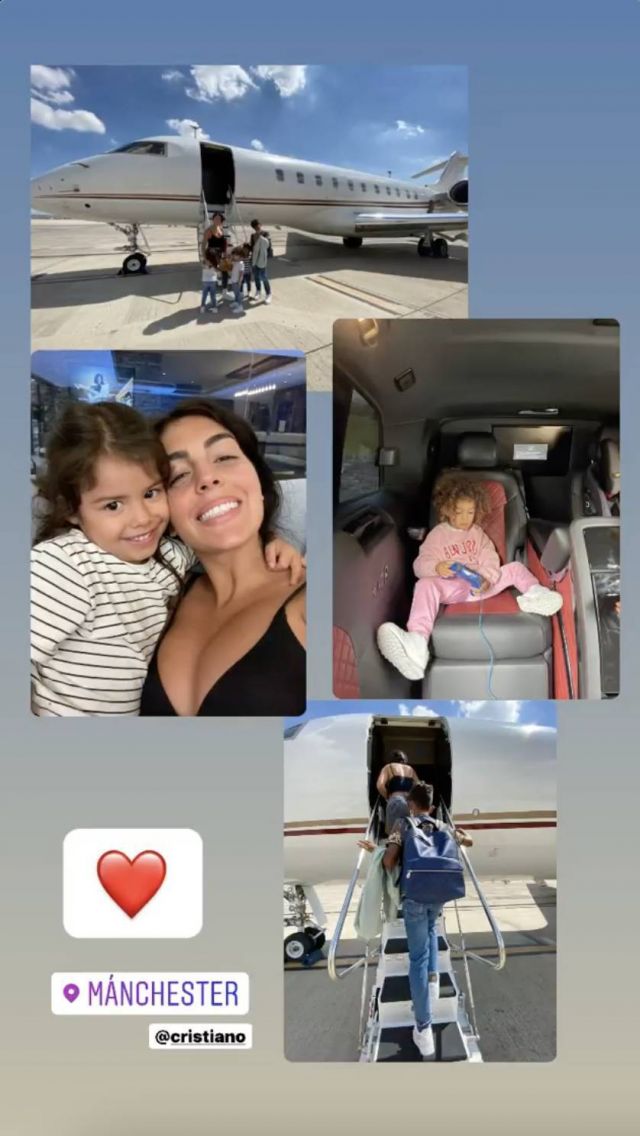