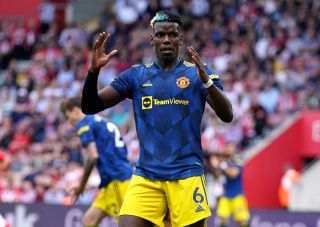 According to recent reports, Italian side Juventus remain hopeful they can bring Manchester United midfielder Paul Pogba back to Turin for free once his contract expires next summer.

That’s according to a recent report from Tuttosport, who claims the Bianconeri are confident they can use their good relationship with super-agent Mino Raiola to help bring Pogba back to Italy, what will be six years after he left.

Pogba, 28, will be out of contract with the Red Devils next summer and unless the club’s hierarchy is to extend his contract, it is likely the 2018 French World Cup could move for free – a prospect almost unthinkable considering the club paid a whopping £94.5m for him in 2016.

It has been noted that although Juventus would like to re-sign their former midfielder, they’re under no illusion that ‘operation Pogba’ will be virtually impossible if the Frenchman opts to sign a new contract.

United are understood to be hopeful that the recent arrival of club legend Cristiano Ronaldo will help persuade Pogba to commit his long-term future to the Red Devils.