Following the return of Cristiano Ronaldo, former Manchester United defender Gary Neville has weighed in on which player should now wear the side’s armband for the new 2021-22 season.

Ronaldo, 36, was re-signed by the Red Devils at the back end of this summer’s transfer window.

Looking to make a sensational second debut, 12 years after departing the club, the Portuguese superstar could very well feature against Newcastle United after the current international break.

Following what has been a monumental career, selections of fans have been left to wonder whether or not the 36-year-old could become the side’s new skipper – a role he has frequently had throughout his playing career, both domestically and internationally. 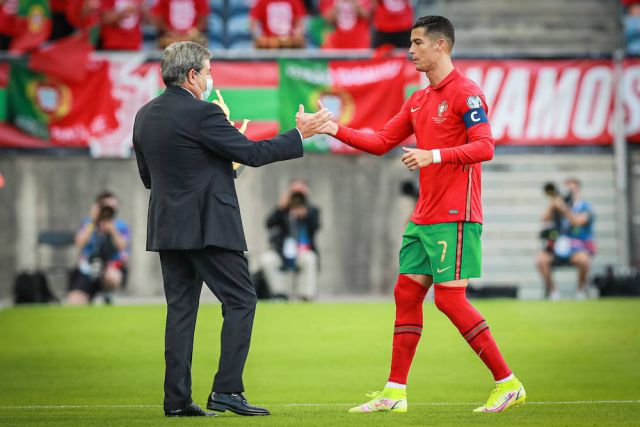 However, despite his legendary leadership skills, one person who doesn’t expect manager Ole Gunnar Solskjaer to change the squad’s hierarchy is Neville.

While discussing the possibility of Ronaldo becoming captain on Sky Sports, as quoted by Daily Star, the ex-United man said: “I’d be very surprised if Harry Maguire gets the captaincy taken off him.

“I think Harry Maguire is going to be there for the long term, Cristiano is coming in for two years.

“So I don’t think that’s going to happen, I’d be very surprised if that was the case. I think Cristiano Ronaldo’s desire and leadership skills don’t have to be brought forward by having the armband.

“But I think he also recognises the team I think, and taking the captaincy off of someone, I don’t feel would be the right move.”