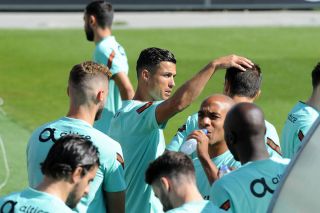 Truth be told it still doesn’t feel real. The news of Cristiano Ronaldo coming back to Old Trafford hasn’t quite sunk in yet but with his arrival announced we take a look at just what exactly type of player Manchester United are getting.

At 36 years of age Ronaldo will be a different player to the one which departed Old Trafford twelve years ago, but despite the time difference the Portuguese remains one of the best players if not the best player in world football and is one who could make a real difference in Manchester United’s title bid this season.

36 goals and topping the Serie A goalscoring charts for Juventus last year showed everyone just how phenomenal of a player Ronaldo still is. There aren’t many players who could preform at the highest level in their late 30’s let alone score 30 plus goals a season and for Ronaldo to still be delivering at the highest level is a testimony to Ronaldo himself.

Over the past few seasons we have seen Ronaldo adapt to playing a more central striker role compared to out on the flanks and its that change I feel will be the biggest difference. Throughout his time at Old Trafford, we were used to seeing Ronaldo run down the wings and beat defenders with his pace whereas now I feel we will see Ronaldo play more centrally with the focus being on him scoring goals rather than his pace and dribbling past defenders.

Ronaldo will become the focus point of United’s attack and although he may not quite have the same pace as he did back under Fergie he still has all the tricks and flicks in his locker he had back then and will without doubt put on a show for the reds and be the star attraction.

It’s no secret either United have been on the lookout for a new striker for some time now and whilst Edinson Cavani has done a good job when called upon, United were still in need of further reinforcements and in signing Ronaldo he is the perfect fit.

Twelve years may have past since Ronaldo left United but he returns just as good as when he left. He is a unique once in a lifetime player and over the next few seasons United can only benefit and who knows his signing alone could prove to be the difference in helping United win the Premier League Title this season.