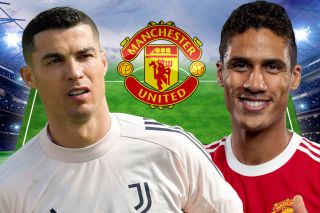 The 2021 summer transfer window will be closed soon and Manchester United’s business is done, so we’ve tracked all of the comings and goings.

It has been reported by two credible journalists — Laurie Whitwell and Simon Stone — that United’s work in the transfer window this summer is complete.

#MUFC anticipate summer transfer window is over. No more ins or outs.

That is it for @ManUtd. TDD over for them – in and out.

The Reds started the summer by confirming the arrival of experienced goalkeeper Tom Heaton, who rejoins the club as a backup option after a very good career in the top-flight.

A deal to sign Jadon Sancho was finalised after Euro 2020. United’s interest was the worst kept secret in football for over a year, but this summer he finally switched from Borussia Dortmund.

Then United added four-time Champions League winner Raphael Varane, with the Frenchman making his United debut at the weekend as the Reds beat Wolves 1-0.

On top of that, the club announced the signing of five-time Ballon D’or winner Cristiano Ronaldo, who comes back after leaving 12-years-ago.

The only bit of movement on deadline day saw Daniel James move to Leeds United.

Manchester United had three areas with pressing issues to address this summer: at centre-back, midfield and on the right wing.

Realistically speaking, to sign the desired quality in all three positions was always unlikely — especially considering how we didn’t shift as many fringe players as we’d have liked.

Jadon Sancho and Raphael Varane are two quality additions and Cristiano Ronaldo’s signing was opportunist but doesn’t need any explanation because he’s still one of the best players in the world.

Although it was a very good window, United are still short in midfield but I think they already know who they want in that department — but have been made wait because that player is not available or has been priced out of a move this summer.

That was pretty clear against Wolves on Sunday when Fred offered ‘protection’ for the back four. Hopefully Scott McTominay that make that role his own when he returns from injury.

A year on from now, I think we’ll have signed a defensive midfielder and a replacement for Edinson Cavani.