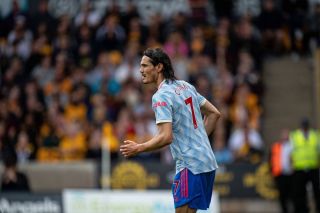 Edinson Cavani had no intentions of leaving Manchester United on deadline day.

We covered the reports and how The Athletic were first to claim that the Uruguayan striker would be staying put at Old Trafford this season, after signing a one-year contract extension not long ago.

As well as The Athletic, transfer guru Fabrizio Romano has been live streaming on Twitch throughout the day, and he also shut down claims about Cavani switching to Barcelona before the deadline.

Edinson Cavani will not join Barcelona. He’s not leaving Manchester United in the final hours of the market, confirmed by all parties involved. 🇺🇾 #MUFC #FCB #DeadlineDay

Cavani has now responded to the reports with a message on Instagram showing he is fully committed to the cause and staying at United.

The reports appeared to stem from the idea Cavani would move on following the arrival of Cristiano Ronaldo, but surely that would only want him to stay more as it increases our chance of winning something this term.

Losing the Europa League final hurt the squad in May. Now, it’s time to bounce back and silence the critics.