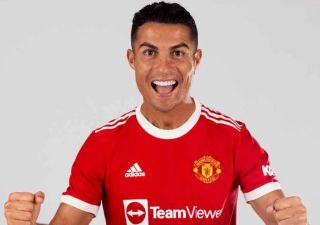 The transfer that saw Cristiano Ronaldo return to Old Trafford was completed on deadline day, with the 36-year-old back where he became a world beater, to play under Ole Gunnar Solskjaer.

Everyone was waiting for the official announcement over the weekend but it came today and Ronaldo is set to make his second debut for the club on September 11, against Newcastle United.

Pictures released by the club via ManUtd.com have been shared on social media (H/t @utdreport):

Cristiano Ronaldo is back in red 😍🔴 pic.twitter.com/uEVdTM88CY

Roy Keane believes Ronaldo has come back to win trophies, and we hope he’s right but United are still lacking in the centre of the pitch.

Maybe the Irishman could return too?