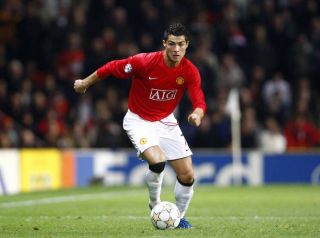 The events from Friday afternoon are still fresh in the mind of all Manchester United supporters. No matter who you are, when you started supporting the club and who your favourite player is, you will have an opinion on the matter. It was one of those signings to make both the front and back page.

It was the full gamut of emotions. The previous day had been spent in revulsion at the idea of our former idol donning the shirt of our cross-city rivals and seemingly pissing on the legacy which had been created during his six years at Old Trafford. The Berties were giddying themselves with the idea of our best players being the man who would finally land them Europe’s greatest prize. But more were revelling in the sense of discomfort it was causing us all. It could and would not stand for many. His former team-mates were on to him via social media and directly to urge him to re-consider his choice of destination. Us as fans were resigned to our fate.

Until a bog-standard press conference ahead of the Wolves game. A grinning and cocksure Solskjaer ignited a hope in a lot of supporters when he spoke positively of the prospect of him joining us instead. This seemed too good to believe up until then. The story was picked up and the transfer was conducted in remarkable speed. When have we ever done a deal that quickly for such a player?

The fans at Wolves were already signing his old song again and holding up cardboard cut-outs of the man. The reception he will get upon finally stepping back on the pitch in the red will be enormous. Especially the sight of him stood over a free kick in front of the Stretford End. It will be a massively emotional return.

Some of our writers have their own say on the matter.

The sight of Cristiano walking off the pitch at Wembley on the 27th of May in 2009 was a tough moment. We had been given the run around by Barcelona and it was the last time he ever stepped out as a Manchester United player. We all knew that his departure was imminent to Real Madrid for most of the season, but it stung nonetheless. It was probably going to be for the last time ever. In the time since he has grown into a global superstar. The trophies won and amount of goals scored in the years since has been truly insane. Both for club and country. He seemed contrite in scoring against us back in 2013 to cement the bond with us. The events on Friday took us all by surprise though.

Is he the player that we need in a normal sense? No. We still need a dedicated defensive midfielder and possibly another right back. After all he is just coming off the back of an ultimately disappointing spell at Juventus where they failed to win the European Cup and seeing Inter Milan break their domestic stranglehold. They only managed to squeak into fourth place after all. There had been a falling out with those behind the scenes and both needed to get away. And Portugal failed to hold on to their European Championship title during the summer after being knocked out in the last-16. Its not like he was finished though. He still managed to get almost 30 goals in Serie A and joint top scorer in Euro 2021. His experience is going to be massive. There are players at the club who had posters of him on their walls after all. They now have the opportunity to play alongside him. And a generation of fans who have never seen him in the flesh can do so. I am buzzing to get back into the ground to see him again myself.

For me Ronaldo is very much a head versus heart thing. If we’re using our heads and being honest then a fourth arrival should have been a defensive midfielder, who would have addressed the most pressing need in our squad, given us a proper platform to control games against weaker opposition and protect a back four that still looks shaky, until the effect that Raphael Varane has on it.

But our hearts have wanted Ronaldo back almost since the day he left, he’s a transformative signing almost on a par with Cantona. His record, his attitude to the game and his training, his winning mentality, his leadership. All of these can have a massively positive role on a still relatively young dressing room and help them take the next step that’s currently beyond us. Plus in the same way as Ronaldo himself and Wayne Rooney benefited from having the likes of Henrik Larsson and the current United boss, Solskjaer, around to learn from, so can players like Greenwood and Rashford learn from having Ronaldo around, due to the aforementioned factors.

Ultimately football is about excitement and emotion. You’ll struggle to find a United fan who wasn’t excited or emotional on Friday when the news broke, isn’t that what we want? There may be some sceptics out there who see this as Ronaldo using the club for one final pay day, holding back young talent that must sit on the bench and I’m sure Ronaldo will be aware of this and look to prove these people wrong.

Ronaldo “coming home” may not be the transfer we needed, let’s face it (and after that against Wolves) the priority is another central midfielder, and at 36 it may not be as glorious as we’re all allowing ourselves to hope for, but who cares? The buzz and excitement are more than enough to justify moving for the Portuguese idol and when a player as good as he is becomes available for cheap, it would be stupid not to go for it. The experience he can impart and winning mentality he brings is elite and Lord knows United need it.

Further to that, Mason Greenwood, Jadon Sancho and Marcus Rashford all have him there to learn from and will surely improve due to it. The fact Ronaldo has now moved more central also plugs a gap that was needing filling, and along with Cavani give Ole Gunnar Solskjaer a stellar strike force that surely means his side are close to favourites for the league. The pressure ramps up, but, Viva Ronaldo.

I am nearly thirty years of age. I have been going around the house all weekend singing “Viva Ronaldo.” I am like a child at Christmas and totally caught up in the euphoria of Cristiano Ronaldo coming back to Manchester United. The mere thought of him lining out at Old Trafford in a Sky Blue jersey turned my stomach. It it was a bizarre sequence of events to then watch it unfold as it emerged that a return to Old Trafford was possible. Arguably, as a fan of Manchester United, it is one of the most bizarre days in history, anguish to euphoria in the space of a short few hours.

Whilst the shortcomings of the team remain obvious after today’s victory against Wolves, it will give the club such a life. It will give the fans a lift. It will give the players a lift; especially the likes of Marcus Rashford, Mason Greenwood and Jadon Sancho, who will be excited to learn from Ronaldo and witness on a daily basis how a consummate, obsessive professional lives and breathes. The education they will receive is invaluable. I think – unequivocally – the signing of Cristiano Ronaldo makes United the hottest ticket in town again.

All eyes will be on Old Trafford and Manchester United. Does this signing propel United to a team that can win the Premier League? Who knows, but I am excited to find out.

Ronaldo to me evokes memories of being in the Stretford End on a day trip from Ireland to the Theatre of Dreams. Youth, passion, class. United signing Ronaldo, albeit a 36-year-old Ronaldo, is a football fairy-tale that I genuinely still can’t believe happened. For me, I am very excited to see what he will bring to our squad. Especially in mentoring our younger players who I’m sure idolise the Greatest of All Time. Seeing Greenwood’s confidence grow game after game is nothing short of inspirational. Particularly with 3 goals in our opening 3 games. I would hope Ronaldo would take him, and the other youth players, under his wing to help them develop and grow into the players they are destined to be.

I am truly stunned that United secured this deal. Seeing Cristiano play City like a fiddle makes the experience so much more satisfying. It was a masterclass in PR. Absolutely delighted to have him on board. Viva Ronaldo!

When I heard the news breaking late on Friday, it came as a total shock. I’d been having a little break for social media and tech and presumed it was a done deal with City. I still can’t believe it! What will Ronaldo bring…well he brings a winning mentality and a standard to set in the dressing room. Every player will look up to him without question. The club, staff and fanbase will get a real boost. Rival fans will be spewing (especially City ones) and opposition teams will be wary of what he can do. He brings an aura that not many players in world football can bring and command. Who said that romance in football is dead? The people who go on about age, wages, where he will play, etc. If this is the case, then football isn’t for you.

My lad will get to see Ronaldo’s second coming, as will many others of the younger generation. You can’t put a price on that. The Newcastle game will now be biblical. It tugs at the raw emotion and passion of being a fan at any level. It’s never made sense. You just know from a footballing standpoint it does. Football eh?! Bloody hell!! Viva Ronaldo!