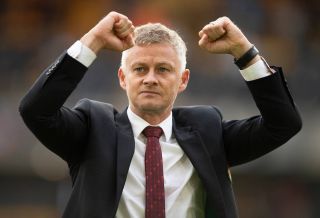 The arrival of Cristiano Ronaldo at Manchester United comes with endless headlines and the 36-year-old is once again the focal point of all conversations this summer.

Ronaldo, who finished last season as the top scorer of Serie A with 29 goals, completed a medical over the weekend ahead of his sensational return to Old Trafford.

It’s safe to assume that Ronaldo’s appetite for success is yet to be filled and with an impressive summer of transfers behind them, Manchester United are now expected to challenge for all of the top honours. At least that’s what all-time top scorer Wayne Rooney thinks.

“Ole will certainly know that he’s in a position now where he needs to start winning these big titles with the players that he’s brought in,” Rooney is quoted as saying by The Guardian.

“His agent did his job because I knew that the minute there was any hope of him going for Man City, United would never let it happen.”

Ronaldo is now set to join up with his international teammates for Portugal as they prepare for three games, with the last one coming on Tuesday next week. If everything goes as planned, it’s expected the former Real Madrid star will be available for the visit of Newcastle on September 11.