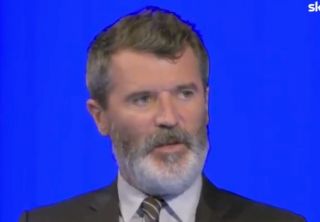 Speaking on Sky Sports ahead of Sunday’s Premier League action, Keane reacted to the news that Ronaldo would be re-joining Manchester United, and it even brought a smile to his face.

Keane mentored Ronaldo while the Portuguese superstar broke into United’s first team and he has always spoken highly about his former team-mate.

“He’ll bring a winning mentality to the dressing room,” Keane states, as well as the belief that it might not be enough to see this United side win the biggest of honours.

“He’s only coming back to United to win stuff,” he added.

"He'll bring a winning mentality to the dressing room" ⭐

What trophies do you think United can win this season with Ronaldo back in the team?