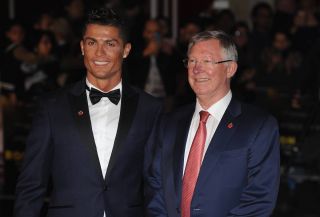 As the news broke that Manchester United were seriously considering a move for Cristiano Ronaldo, we reported on a story explaining Sir Alex Ferguson’s role in the proposed transfer.

Since then, Manchester United have announced that an agreement has been reached with Juventus for his transfer, with completion of the deal being subject to personal terms, medical and a visa.

Further details from behind the scenes of Ronaldo’s sensational comeback have emerged and several influential figures at Manchester United, past and present, are credited with a helping hand.

Reports on Thursday suggested that Ronaldo was set to break the hearts of millions as he closed in on a move to Pep Guardiola’s Manchester City. A report from the BBC claims that despite the speculation, the Old Trafford hierarchy was ‘reasonably confident’ of engineering Ronaldo’s return to the club.

Read more: No Cavani: How Manchester United could line up with Ronaldo, Varane, and Sancho

The ‘final push’ is said to have come as early as the next morning, as Sir Alex Ferguson lead the line in a charm offensive. Ferguson has a strong bond with Ronaldo and the Scot implored the 36-year-old to return to Manchester United.

Rio Ferdinand and Patrice Evra all joined in trying to persuade Ronaldo before Darren Fletcher, who is the technical director at the club, played his part as well.

Bruno Fernandes has played with Ronaldo for the last four years for Portugal and has before admitted to the former Real Madrid forward being his idol. United’s talisman is also credited in the report as part of the charm offensive.

The 26-year-old captivated fans shortly after United’s official announcement with an ‘Agent Bruno?’ caption on social media, hinting that he had a role to play in the deal.