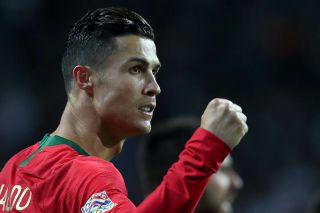 Cristiano Ronaldo is on the verge of becoming the highest paid player in Premier League history.

That is according to the Telegraph (£), after United sensationally hijacked Man City’s attempts to sign Ronaldo from Juventus on Friday.

Reliable journalist James Ducker writes: “However, the contract is said to be substantially less than Lionel Messi’s £1m a week deal with Paris Saint-Germain, whom he joined on a free transfer from Barcelona earlier this month. Raphael Varane’s £400,000 a week deal with United had briefly made him the highest earning player in the Premier League this summer but that will now be eclipsed by his new team-mate, with whom he also played at Real.”

It later became known that Sir Alex Ferguson called Ronaldo for a chat the following morning – as well as messages from Rio Ferdinand and Patrice Evra – before United swooped in to ensure a homecoming 12 years after his departure for Real Madrid.

Ronaldo bid farewell to Juventus and the fans yesterday.

The report claims the Glazer family hope Ronaldo will have a similar impact at Old Trafford to Tom Brady at the Tampa Bay Buccaneers. The American sports hero helped their NFL franchise to their first Super Bowl triumph in 18 years, 11 months after signing.

It’s a big ask – but can Ronaldo bring the Premier League back to Old Trafford?

We certainly hope so.