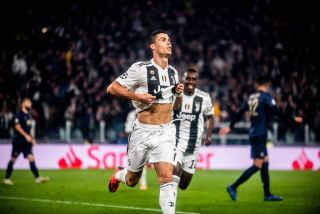 As the devastating news of Cristiano Ronaldo’s imminent move to Manchester City filtered through social media on Thursday evening, I was, like many others, resigned to the fact of seeing him in the sky blue kit.

I had to smother my desire to vent away on Twitter – perhaps some part of me refused to believe the unthinkable was about to become reality.

In truth, it didn’t and it never would have when Sir Alex Ferguson picked up the phone to talk some sense into Ronaldo, who he still sees as his little kid.

In the blink of an eye, the cavalry was summoned and Manchester City’s hopes of extending their sports washing scheme faded by each passing minute.

In truth, by adding Ronaldo to his squad, Ole Gunnar Solskjaer gets to tap into the mind of a serial winner and unmatched experience. Ronaldo is a winner. There are doubts over his quality and age but there is little evidence to support that theory.

Mason Greenwood, Marcus Rashford, and Jadon Sancho will absorb every little fibre of Ronaldo’s presence. Prior to this summer, the Manchester United squad were scarce of real winners. Paul Pogba won four consecutive league titles with Juventus but no one lives up to Raphael Varane and Ronaldo’s pedigree.

To the Old Trafford hierarchy, the deal comes with little risk. It’s a win-win situation for everyone involved and although it may halt any planned deal to sign Erling Haaland from Borussia Dortmund, it will do far more good than harm.

Ronaldo will become United’s top earner, and deservedly so. He also gets the chance to forever engrave his name into the history books – if it wasn’t already.