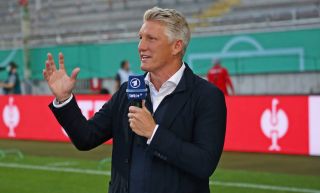 Ronaldo sealed an incredible return to Old Trafford earlier this week and reactions from players and supporters have flooded in since rumours became reality.

It was a roller coaster of emotions for many supporters as the 36-year-old, at one point, looked nailed on for a move to Pep Guardiola’s Manchester City.

When you are not checking your smartphone for a day 😳😳 Congrats @ManUtd, what a transfer! All the best @Cristiano 👏🏼 #ronaldo

Instead, he opted for a fairytale comeback at Manchester United. Schweinsteiger, who spent 18 months at the club between 2015 and 2017, is late to react but provides a perfectly reasonable explanation, as seen above.

Ronaldo is believed to be undergoing a medical in Lisbon this weekend before going on international duty with Portugal. He could make his debut next month against Newcastle on September 11, although a deal has yet to be completed.