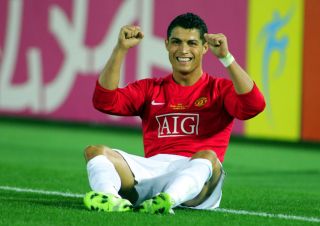 I can’t believe it, but Cristiano Ronaldo is a Manchester United player.

This morning I woke up in bad form because of the thought of Ronaldo joining Man City. I decided not to take to social media about it because that is the worst place to put an emotional strop.

The last thing I expected was Manchester United to come in and hijack City’s attempts to ensure Cristiano Ronaldo has the biggest homecomings in sporting history.

According to the Manchester Evening News, Sir Alex Ferguson made a call to Ronaldo before the club made their contract offer to re-sign the Portuguese superstar, now 36.

It will be unbelievable to see him back in a United shirt, albeit at the latter stages of his career, because Ronaldo still brings goals to the table. He also makes us a much more interesting outfit in the Champions League.

You’ve got to be happy with the club’s business this summer, even if they haven’t got that defensive midfielder they’ve desperately needed.

Welcome back for the last dance Ronnie!

One response to “The last dance: Welcome back Ronnie”