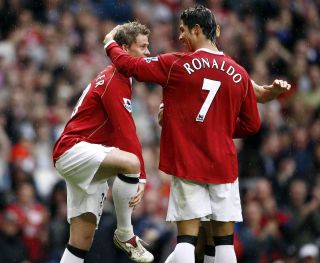 Manchester United manager Ole Gunnar Solskjaer has refused to rule out a sensational late move in the transfer market for Cristiano Ronaldo.

Juventus have accepted Ronaldo’s wishes to leave the Italian club and his representatives have held advanced discussions with Man City.

One would now think, 24 hours on, that Jorge Mendes and his client decided to use City to spike interest from his preferred destination.

That being Manchester United?

Time will tell, but Solskjaer admitted he did not think Ronaldo would leave Juventus this summer and said the United great “knows we’re here”.

“I didn’t think Cristiano was gonna turn out leaving Juventus,” Solskjaer said, as per Manchester Evening News. “And it’s been speculation this morning and the last few days.

“”We’ve always had good communication. I know Bruno [Fernandes]’s been talking to him as well and he knows what we feel about him. And if he was ever gonna move away from Juventus he knows we’re here.

Is Cristiano Ronaldo bound for Manchester?

“We focus on the ones we have there, I don’t want to speculate too much on Cristiano, what’s happening there with the press.

3 responses to “Solskjaer refuses to rule out Cristiano Ronaldo homecoming”