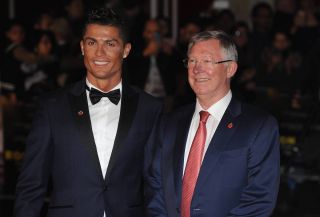 The headlines suggested Ronaldo was headed to Man City after told Juventus about his wishes to leave the Serie A club, but something has changed. Something big.

According to the Manchester Evening News, United submitted a contract offer to Cristiano Ronaldo and his agent Jorge Mendes after he spoke to Ferguson about rejoining the club this morning.

We’re getting Dimitar Berbatov flashbacks with this one, given how Fergie yet again got one over our rivals City.

Ronaldo is set to return to United, where he spent six years between 2003-2009, winning three Premier League titles, the Champions League, the Club World Cup, the FA Cup and the League Cup.

He’s been here already, and he’s done it. Now Ronaldo is set to return in a hunt for more success in English football.

It looks like he too has got one over City.