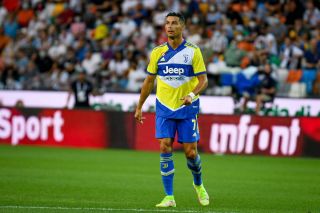 Cristiano Ronaldo is set to leave Juventus and Manchester United have now made an offer to bring the Portuguese superstar back to Old Trafford.

Massimiliano Allegri was quite vocal in his press conference earlier today in saying that Ronaldo had decided to leave the club, so he didn’t plan to play him again for Juventus, and a move to Man City seemed more likely at the time.

The player left Turin earlier today and an announcement on his future shouldn’t be far off.

A move to the Etihad has since fallen through with United jumping in to hijack the deal and ultimately turn Ronaldo’s head. The prospect of returning to where his rise to stardom started is clearly too much to turn down.

Current situation:
– Official bid made to Juventus.
– Official contract [2023] sent to Jorge Mendes.
– Paperworks to be prepared soon.
– Manchester City are out of the race.

Now, United are closing in on completing a sensational move to bring Ronaldo home.

Sky Sports claim United’s talks with Jorge Mendes and Juventus are at an advanced stage, also stating an agreement with the agent is close.

Let us know what you think about the transfer in the comment section as United close in on re-signing Ronaldo.