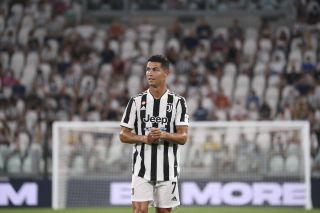 Cristiano Ronaldo has spent the past two seasons with Juventus where he won the Serie A once.

The 36-year-old Portuguese superstar is moving on in a shock return to Manchester United. On Friday, it was announced that a deal had been agreed.

Ronaldo has posted a quick message to Juventus fans, writing (as per Fabrizio Romano): “Today I depart from an amazing club, the biggest in Italy and surely one of the biggest in all of Europe. I gave my heart and soul for Juventus and I’ll always love the city of Turin until my final days. The ‘tiffosi bianconeri’ always respected me and I tried to thank that respect by fighting for them in every game, every season, every competition. In the end, we can all look back and realise that we achieved great things, not all that we wanted, but still, we wrote a beautiful story together.

He concluded the open letter with: “I will always be one of you. You are now part of my history, as I feel that I’m part of yours. Italy, Juve, Turin, tiffosi bianconeri, you’ll always be in my heart.”

It still feels mad that we’ve gone on to make the biggest signing of the summer after already adding Raphael Varane and Jadon Sancho to the squad.

The club showed serious intent when they hijacked City’s move for Ronaldo.

Now we boast one of the best goalscorers in the game – along with Edinson Cavani and Mason Greenwood.