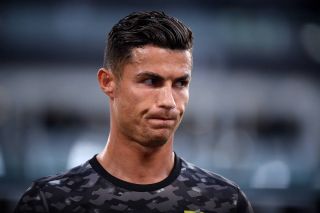 It sounds like Cristiano Ronaldo is on the move.

The Independent claims Ronaldo has already agreed personal terms with Man City, which would feel like a bitter blow to United fans, who watched him grow into a world beater for years at Old Trafford.

Rio Ferdinand and podcast partner Stephen Howson have dropped a few cryptic tweets this morning, subtly expressing a hint that Ronaldo and his agent, Jorge Mendes, could be playing City to get a move to United instead.

Why don’t you come in and watch it with us together… 👀 https://t.co/GEWofjvBYT

That sounds a bit far-fetched but stranger things have happened.

The latest from transfer guru Fabrizio Romano suggests Ronaldo is on his private jet ready to leave Turin, with the Portuguese star’s future to be decided in the next hours with Mendes.

Cristiano Ronaldo is now on his private jet ready to leave Turin. His future will be decided in the next hours together with Jorge Mendes. 🛫🇵🇹 #Ronaldo @SkySport

Romano tweeted earlier that Mendes had made an approach to Manchester United in relation to Ronaldo’s future.