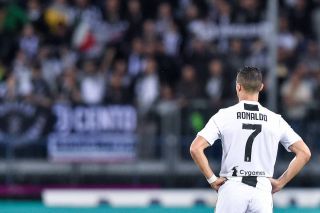 Cristiano Ronaldo will complete his medical in Lisbon ahead of rejoining Manchester United.

The Portuguese superstar, who is seen as a transformative figure at set pieces, will boost United’s firepower in attack and that can only be a good thing.

We couldn’t allow Man City to do that, with one of our very own legends, and he made his intentions clear to Juventus.

Ronaldo may be 36 but he finished last season top scorer in Serie A. You can’t add winning mentality to a team quite like this either – before adding that we’ve already signed Raphael Varane, one of his ex-teammates at Real Madrid.

He’s not coming to Old Trafford to finish second place behind City and will believe he can bring this team to the next step.

According to The Athletic, Ronaldo is completing his medical in Lisbon and then joining up with the Portugal national team, as there was not enough time to get the paperwork done in time for Sunday’s game against Wolves.

That means Ronaldo is more than likely set to make his second debut for the club against Newcastle United after the international break.