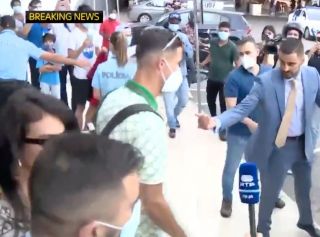 Cristiano Ronaldo is in the middle of a media storm as the Portuguese superstar closes in on a return to Manchester United, where he spent six years during which he became a world-beater.

It was reported earlier today by transfer guru that Ronaldo had left Turin on his private jet for talks with agent Jorge Mendes in order to decide on his future.

And it now looks like Ronaldo is set for a homecoming at Manchester United after a phone call from Sir Alex Ferguson prompted a contract offer, in what looks to be a successful attempt to hijack Man City’s move for the player.

🔴 He could have a medical for Manchester United in Portugal. pic.twitter.com/DS5pH9imDJ

We still can’t believe what is happening!