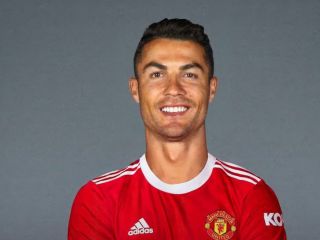 In a move that shocked the football world today, Manchester United hijacked attempts made by Man City to sign Ronaldo, and they have now secured a deal to bring him back to Old Trafford — where he previously spent six years.

Medical to be scheduled soon.
CR7 IS BACK. Here we go. pic.twitter.com/WXfs3p6GFK

Manchester United have now confirmed in a statement that they’ve reached an agreement with Juventus for the transfer of Cristiano Ronaldo.

All that is left to be completed is personal terms, the player’s visa and medical.

There shouldn’t be any problems with that as Ronaldo is expected to link up with his new Manchester United teammates after the international break.

United wrote in a statement: “Manchester United is delighted to confirm that the club has reached agreement with Juventus for the transfer of Cristiano Ronaldo, subject to agreement of personal terms, visa and medical.

“Cristiano, a five-time Ballon d’Or winner, has so far won over 30 major trophies during his career, including five UEFA Champions League titles, four FIFA Club World Cups, seven league titles in England, Spain and Italy, and the European Championship for his native Portugal.

“In his first spell for Manchester United, he scored 118 goals in 292 games. Everyone at the club looks forward to welcoming Cristiano back to Manchester.”

Feels good to have him back!