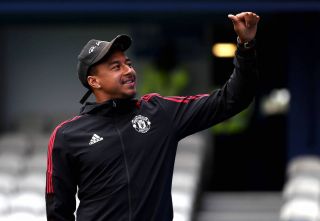 Another summer has passed and this year’s transfer window is nearing its climax. Although Manchester United have been productive in terms of incomings, there are still several players at the club with questions over their futures.

Jesse Lingard is one of those players after his stellar half-season with West Ham in the last campaign. The 28-year-old joined David Moyes’ side after failing to make a single Premier League appearance for United in the 2020/21 season.

Not many could have envisaged the impact Lingard would have on West Ham, as he scored nine goals and assisted a further four in just 16 appearances for the Hammers. He also received two call-ups to the England setup, with one of them being Gareth Southgate’s provisional 33-man squad for Euro 2020.

Lingard has been linked with a move to West Ham throughout the window and now, according to Football Insider, the London club is ‘confident’ of securing a deal for the player before next week’s deadline.

Talks are said to have continued behind the scenes and despite interest from other Premier League clubs, West Ham are said to be in pole position with David Moyes ‘confident’ after fresh talks this morning.

A potential sale of Lingard could prompt Manchester United into making another signing inside this window, with further additions to Ole Gunnar Solskjaer’s squad said to be dependant on outgoings.