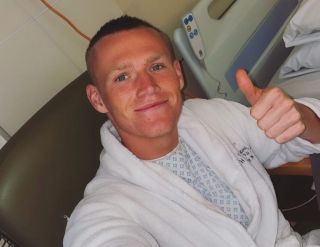 Scott McTominay underwent surgery on a groin injury which was causing “significant pain when playing”.

McTominay has featured in both of United’s opening two Premier League games, coming off the bench on Sunday in United’s 1-1 draw against Southampton.

He was also missing from Scotland’s squad named by Steve Clarke for the first of their 2022 World Cup qualifiers.

It comes as a blow to Manchester United because it means Ole Gunnar Solskjaer will be without the midfielder this weekend away to Wolves.

“Scott has undergone surgery for an ongoing groin injury that was causing significant pain when playing,” read a club statement, as per ManUtd.com.

“Having tried all other treatment options in pre-season, surgery was deeming necessary to resolve the issue.

“We hope to have him back soon.”

United will be starting their Champions League and Carabao Cup campaigns in September – on top of league games against Newcastle, West Ham and Aston Villa.

Fans are already calling for the club to sign a midfielder before transfer deadline day, and I suspect that demand will become intensified now with McTominay injured.

I don’t think anyone wants to see a double pivot of Nemanja Matic and Fred again this weekend.