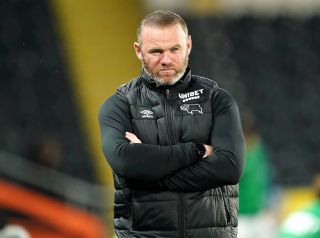 Earlier on Thursday, it was reported that an agreement between Ronaldo and Manchester City was ‘almost found’, whilst the player had been offered to Manchester United.

Nothing seems to have come from it, however, and the 36-year-old looks set to join Pep Guardiola’s side this summer in a sensational move – unless you’re a United fan.

Rooney remains unsure over a move and although he suggests that a move is unlikely, he admits that anything can happen in football and highlights instances in the past where fan-favourites at United have made the move to their noisy neighbours.

“I don’t know what to make of it, to be honest,” Rooney told Sky Sports.

“If you’re asking if I think it’s possible, I’d have major doubts that that is a possibility. Cristiano’s got a great legacy at Manchester United and I don’t think that he moves somewhere for financial reasons.

“I’d be unsure if that’s gonna happen. I think it’d be more chance of PSG if he was to leave Juventus. On the other hand, it’s football, you know, anything can happen. It has happened before obviously with big players and legends from Manchester United, in terms of Peter Schmeichel went to City, Andy Cole went to City, Mark Hughes managed City.

“It has happened before but I think someone with Cristiano’s stature, I can’t see it happening.”

Ronaldo, who joined the club a year before Rooney, played alongside United’s top goalscorer for five years before making that move to Real Madrid for a then world-record fee.