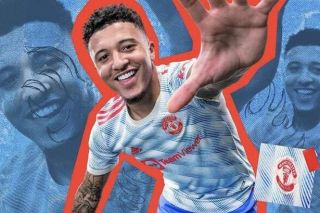 We saw the third kit in action against Southampton on Sunday and the yellow shorts on show raised eyebrows.

While I’m sure it helped Victor Lindelof feel at home — after being announced as Sweden’s new captain — but it would have looked a lot better with navy shorts.

Anyhow, that was the third kit, and Manchester United have confirmed that the team will be wearing the away strip (second kit) against Wolves this weekend.

It doesn’t make much of a difference (the players could wear black plastic bags for all I care) so long as the lads get the result they need, but the official Manchester United website has confirmed that they will be wearing the new away kit for the first time against Wolves.

Wolves have lost both of their first two games of the season 1-0, against Leicester City and Tottenham Hotspur, and they will be looking to turn things around against United, who couldn’t find a winner in the recent 1-1 draw away to Southampton.