Despite there being just one week left in this summer’s transfer window, one player tipped to secure a late move is Atletico Madrid midfielder Saul Niguez.

Niguez, 26, has been heavily linked with a move to the Premier League, with several top clubs all rumoured to be in the hunt, including Manchester United and Champions League holders Chelsea.

The latest in the ongoing saga comes from Spanish outlet AS, who claims the midfielder’s departure from Atletico Madrid is ‘imminent’ with the Red Devils and Thomas Tuchel’s Blues both vying for his signature.

The outlet claims both clubs ‘love’ the midfielder and have been monitoring his situation since the early stages of the summer window.

Despite being with the Colchoneros since 2008, Niguez, who has featured in a whopping 339 senior matches, in all competitions, is now widely expected to move on before deadline day on 31 August.

Interestingly though, should a move be agreed, Atletico Madrid is thought to sanction his sale with the player seemingly falling well outside of manager Diego Simeone’s future first-team plans. 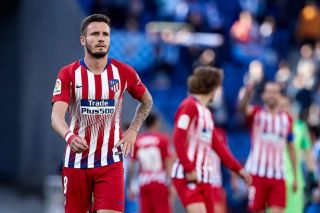