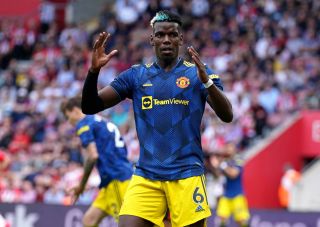 Paul Pogba’s contract expires next summer and the Manchester United midfielder could leave the club as a free agent.

The Frenchman is thought to be still considering his options — which will likely take a year before deciding to leave us with zilch in return — and the outcome could come as a bitter blow to United.

To lose a player worth north of £80m (in the current market) on a Bosman would be a massive kick in the teeth, but United have already decided that Pogba won’t be leaving this summer, so they appear open to the idea of letting that happen rather than cutting their valuations for fringe players they’ve been trying to sell all summer.

According to Spanish outlet ABC, Real Madrid got rid of Martin Odegaard to make funds available to sign Pogba next year (his contract expires in 11-months). The 28-year-old is seen as a long-term replacement for 35-year-old Luka Modric.

A move to Madrid has previously been described as a ‘dream’ by Pogba himself, as per The Guardian.

How are the powers at United okay with this, or does someone have a sneaky feeling Pogba will stay at the club?