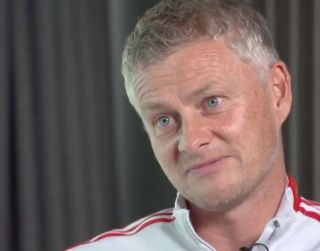 In an interview with Sky Sports, Ole Gunnar Solskjaer says new recruits Jadon Sancho and Raphael Varane are both ready to start their first game for Manchester United.

The Reds travel to St. Mary’s today where Southampton are looking for their first three points of the season. We predicted that Sancho would start ahead of Daniel James but felt Varane would be kept on the bench for at least another week.

But it sounds like Solskjaer could put both players into the starting eleven today against Southampton.

Ole Gunnar Solskjaer confirms that both Jadon Sancho and Raphael Varane are ready to start for Manchester United. pic.twitter.com/qYVb5mjSum

We’ll have the team news in the next hour.

Pictures surfaced on social media of Varane travelling with the squad last night.

Do you think our two new signings will start against the Saints?