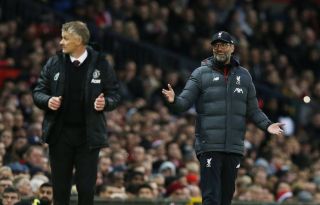 Ole Gunnar Solskjaer has fired back at Jurgen Klopp over his recent comments about Manchester United’s spending in the transfer market this summer.

The Liverpool manager said, last week: “What United are doing, I don’t know how they did it.” This was in reaction to the Reds signing Jadon Sancho and Raphael Varane – two signings that would have cost considerably more a year ago.

Solskjaer has responded to Klopp and jokingly admitted that he’s now driving an electric car, saying (via Manchester Evening News): “We are a well run club.

“We do have a lot of fans out there and we do have good sponsorship deals.

“How we get the money, as a manager you want more and more. I have heard ‘no’ a few times.

“How other clubs run their clubs, there are different models at different clubs.

“I have started buying electric cars! That is all I want to say about that situation.”

Perhaps a subtle dig at the oil-rich clubs like Man City and Chelsea, too.

Klopp was trying to cover up for the fact Liverpool haven’t backed him in the transfer market – properly since they won the league after a 30-year wait.

The United manager says Sancho and Varane and both ready to make their first starts for the club, which we could see today away to Southampton.