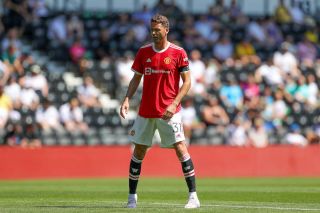 Manchester United look to make it two wins from two in the Premier League, while hosts Southampton look for their first three points of the season.

The Premier League is underway and the challenge for Ole Gunnar Solskjaer’s side is to show consistency. Without that, the Reds don’t stand a chance in competing for the league title, which is the ultimate objective this season.

That’s two changes from the 5-1 win over Leeds United last week, with Jadon Sancho and Raphael Varane both named on the bench.

The Saints have been tipped for a difficult 2021/22 campaign following the exit of talisman Danny Ings, who already has two goals in as many games for Aston Villa, as well as key defender Jannik Vestergaard.

They suffered a 3-1 defeat at the hands of Everton on the opening weekend, although their fans would’ve been happy to see new signing Adam Armstrong get on the scoresheet.