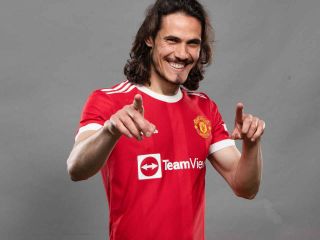 Edinson Cavani has started training with Manchester United after a delayed return ahead of the 2021/22 Premier League season.

The Uruguayan only reported at Carrington for the first time this summer earlier this week, so he is not set to face Southampton on Sunday — a club he has happy memories against following last year’s fantastic 9-0 win.

The striker represented his country at the Copa America and Uruguay made it to the quarter-finals. Cavani was granted extra leave by the club due to personal reasons.

Ole Gunnar Solskjaer is likely to start with Mason Greenwood up front against the Saints. The 19-year-old led the line so impressively last weekend, there’s no way the manager will drop him for Anthony Martial a week later.

“With regards to team news, that’s given us a boost as well,” Solskjaer said, as quoted by the Manchester Evening News. “Edinson’s joined in, Raphael’s joining in, we’re getting fitter and fitter.

“You’ll see on Sunday (if Sancho and Varane start), they’ve worked well. They’ve had minutes, we’ve had a very good week ourselves, we’ll see who makes the flight down to Southampton on Sunday.

“He had different reasons to why he came late, there were some personal reasons. And his body can tolerate a lot. It was something that was not physically, it was a different matter.

It will be a big bonus having Cavani back because he should be aiming for 20+ goals this season. Throw Bruno Fernandes and Jadon Sancho into the mix and that is a lot of goals.