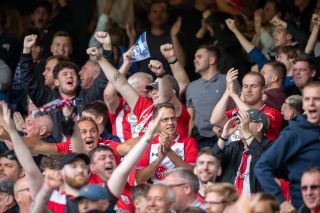 Manchester United will be looking to make it two wins in a row when they take on Southampton in the Premier League at St Mary’s on Sunday afternoon.

The Reds go into the game on the back of a terrific 5-1 opening day victory over Leeds United at Old Trafford, whilst the hosts were defeated 3-1 by Everton at Goodison Park.

The new season couldn’t have started any better. An opening day 5-1 victory over the sheep was beyond anything even the most optimistic fan could have hoped for, and, in doing so it has increased optimism that this could finally be the season when United win the title.

In facing Southampton on Sunday, it provides the Reds another opportunity to keep the winning momentum going, however, it wont be easy.

Southampton at St Mary’s is never an easy fixture as shown last season where United had to come from 2-0 down to win 3-2. But despite the tough task this is still a game United should expect to win.

The Reds look the real deal this season and if United can beat Southampton on Sunday and Wolves the following weekend, then it would put United in great position before the international break and increase optimism that this season could finally be the one when the Premier League returns home to Old Trafford.